Comedian Gary Jones will perform at Blakeslee’s Bar and Grill on Saturday night at 9 p.m. 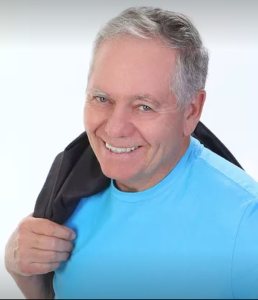 About Gary:
When Gary retired as an airline captain he started a new career as a stand-up comedian; he never looked back. For a number of years he has been performing in many of the major casinos from Washington to Arizona and numerous comedy clubs. He just finished another USO tour entertaining our military. When not on tour, you may have seen him on NBC’s Grimm and TNT’s Leverage.

He takes the audience on a journey known as life through a comedian’s viewpoint. He touches on growing up, parents, dating, relationships, getting older, being a husband, and father. In short, most areas that all of us have experienced through life, but in a very fun and funny way. He also gives us a glimpse at life as an airline captain and time spent in Viet-Nam as a combat veteran. He addresses returning from deployment, being in a fire fight with the enemy, PTSD and other military related issues. His likable, funny manner has pleased audiences wherever he has performed. More than ever, America needs laughter and Gary delivers.