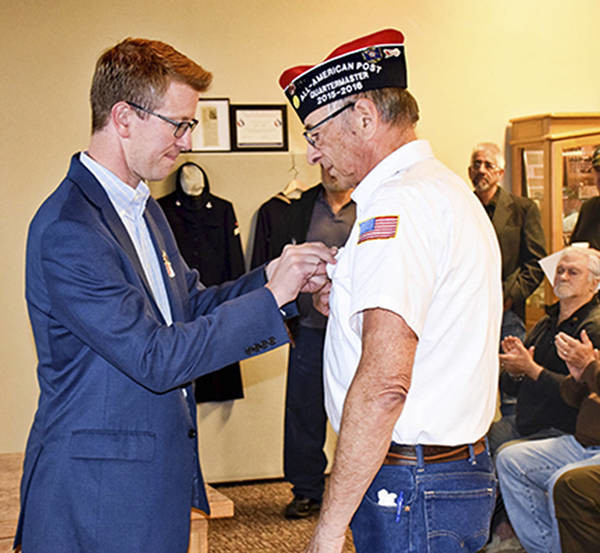 U.S. Representative Derek Kilmer will hold a Congressional pinning ceremony for veterans of the Vietnam War as part of the 50th Anniversary Commemoration of the Vietnam War. The ceremony will be held at Peninsula College, Forks Campus, 418 S. Forks Ave., at 4 p.m. on Wednesday, Sept. 4, 2019.

At the ceremony, Rep. Kilmer will present a commemorative pin to veterans who served on active duty in the U.S. Armed Forces at any time between Nov. 1, 1955, to May 15, 1975, regardless of theater.

The City of Forks and members of the city council, along with Peninsula College, the American Legion Post 106, and Veterans of Foreign Wars Post 9106, are partnering to organize the event. In addition, Boy Scout Pack #4467, from Forks, will present the colors and lead the Pledge of Allegiance at the pinning ceremony.

Community members are welcome and encouraged to attend and show their support for their friends and neighbors who served in Vietnam.

Veterans interested in attending are asked to RSVP to Mary Jane Robins at MaryJane.Robins@mail.house.gov or 360-797-3623.

The creation of a commemorative pin was originally passed by Congress and signed into law to thank and honor our Vietnam veterans and their families for their service and sacrifice on behalf of the nation. The Commemoration recognizes all who served on active duty in the U.S. Armed Forces at any time during the period of November 1, 1955, to May 15, 1975, regardless of duty location; and their families.

No distinction will be made between veterans who served in-country, in-theater, or who were stationed elsewhere during the Vietnam War period. All were called to serve and none could self-determine where they were stationed. A spouse or next of kin may claim a pin on behalf of a deceased, eligible, veteran.