Islam and the Future of Civilization

Free to the public 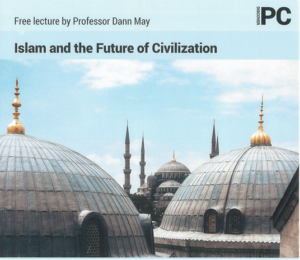 There are 1.6 billion Muslim people worldwide and an
estimated 3.3 million Muslims living in the United States.
Islam is currently the second largest religion in the world,
yet stereotypes and myths abound. Join us for a free
lecture and learn just the facts. Professor May will discuss
major doctrines and practices of Islam and the major
schools of thought and practice: Sunni, Shia, and Sufism.
Brief comparisons will be made with Christianity and the Jewish Faith