Cost:
Digging is not allowed on any open beach before noon
Community Fishing Misc Nature Sports 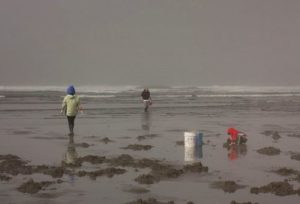 Clam diggers have a green light to proceed with a razor clam dig Jan. 8 and 9 at Kalaloch beach.

The Washington Department of Fish and Wildlife (WDFW) approved the dig on evening tides after marine toxin tests showed the clams at Kalaloch are safe to eat. Digging is not allowed on any open beach before noon.

Dan Ayres, coastal shellfish manager for WDFW, noted this is the first razor clam opening at Kalaloch since 2012. Located inside Olympic National Park, the beach hasn’t been open the last few years for razor clam digging due a low abundance of clams.

“Diggers can expect to see smaller clams at Kalaloch as compared to other beaches, but we expect most folks will be pleased to have a chance to dig there,” Ayres said. “We’re looking forward to announcing additional digs at Kalaloch in the coming months.”

The upcoming dig at Kalaloch is approved on the following dates and low tides: